At Atlanta Women’s Healthcare, our obstetricians and gynecologists offer the full spectrum of OB/GYN services in Atlanta. Our providers and staff deliver personalized, patient-centered care in a warm and friendly environment. We want you to feel comfortable at every visit and confident that we are meeting your needs. We invite you to get to know our providers below. For an appointment, call (404) 352-3656 or request one online.

Dr. Richard Taylor earned his bachelor of science in medical arts from the University of Kentucky College of Medicine, where both his father and mother were professors and sister was a certified public accountant (CPA). He completed his obstetrics and gynecology residency at Emory University in 1976. Dr. Taylor then joined Dr. Joseph Lang Girardeau, ultimately establishing the current practice of Atlanta Women's Healthcare.

His specialties include clinical practice of obstetrics and gynecology, minimally invasive pelvic surgery, high-risk obstetrics, pelvic support and incontinence surgery, treatment of premenstrual syndrome and menopause, and medical and surgical missions to Haiti and the Philippines.

Dr. Taylor is happily married and has two children.

Dr. Ramon Suarez is president of Atlanta Women’s Healthcare Specialists LLC, a 28-physician, single specialty group. He also serves as medical director of OB/GYN graduate education at Piedmont Hospital. He is board certified in obstetrics and gynecology and a fellow of the American Congress of Obstetricians and Gynecologists (FACOG).

Dr. Suarez holds the rank of clinical professor in the Department of Gynecology and Obstetrics at Emory University School of Medicine. He supervises residents and medical students when rotating through Piedmont Hospital. He has authored multiple articles and textbooks in the specialty.

Dr. Suarez’s involvement with the American College of Obstetricians and Gynecologists (ACOG) began in the early 1980s, when he served as vice chair and chair first for the Junior Fellows Georgia Section, then for the Georgia Section. For District IV, he has served as secretary, vice chair, and district chair.

In our community, Dr. Suarez has served as chief of obstetrics, as well as vice chair and chair of the Department of OB/GYN of Piedmont Hospital. He has served as president of the Atlanta OB/GYN Society, president of the Georgia OB/GYN Society, and on the board of a local bank. Dr. Suarez has been selected by his peers as one of Atlanta magazine’s “Top Docs” for over 20 years. He currently serves on the Board of Directors of Piedmont Healthcare.

A native of Williamsburg, Virginia, Dr. Nancy Cook received her bachelor's degree from the University of Kentucky and attended medical school at the University of Louisville. She completed her residency in obstetrics and gynecology at Riverside Methodist Hospital in Columbus, Ohio. Dr. Cook is board certified and a fellow of the American Congress of Obstetricians and Gynecologists (FACOG). She has been in private practice at Piedmont Hospital since 1986.

Dr. Cook is a past president of both the Atlanta Obstetrical and Gynecology Society and the Georgia Obstetrics and Gynecology Society. She is a team physician for the United States Figure Skating Association and has traveled internationally with various skating teams. Dr. Cook has been chief of obstetrics and the chairman of the Department of Women's and Newborn Services at Piedmont Hospital.

Dr. Cook and her husband have two daughters. Her various interests include downhill skiing, volunteering, lobbying at the state legislature for women's rights, and traveling internationally. She belongs to the Women's Auxiliary of Piedmont Hospital where she chaired the Piedmont Ball.

Dr. Kathleen Khan received her bachelor’s degree in biology at the University of Pennsylvania. She attended medical school at Rutgers New Jersey Medical School, where she was elected to the Alpha Omega Alpha Honor Medical Society. She completed her residency training in obstetrics and gynecology at Emory University, serving as chief administrative resident in her final year.

Dr. Khan received several awards at Emory including Most Outstanding Senior Resident, Outstanding Clinician in Gynecology Surgery, Resident Achievement Award from the Society of Laparoscopic Surgeons, and several research, leadership, and teaching awards. She joined Atlanta Women’s Healthcare in 2014 and provides a variety of obstetrical and gynecologic care, with special interests in contraceptive management, adolescent gynecology, high-risk obstetrics, and gynecologic surgery. She is board certified and a fellow of the American Congress of Obstetricians and Gynecologists.

Dr. Khan and her husband are parents of a beautiful daughter and several fur-children. Outside of work, she enjoys spending time with family and friends, and she loves to dance.

A native of Minneapolis, Minnesota, Dr. Adrienne Zertuche attended Emory College and graduated as a Phi Beta Kappa with a bachelor’s degree in anthropology, human biology, and sociology. She then earned her medical degree from the Emory School of Medicine and her master’s degree in public health from the Rollins School of Public Health, before she completed her residency training with the Emory Department of Gynecology and Obstetrics.

Dr. Zertuche has held several leadership positions within the American College of Obstetrics and Gynecology (ACOG) and Georgia Obstetrical and Gynecologic Society. She has also extensively researched maternal/infant health and the obstetric provider workforce in Georgia, and has used her expertise to advocate at the Georgia and U.S. Capitols for women and children. In recognition of her ongoing efforts, Dr. Zertuche was selected to serve on the ACOG Government Affairs Committee and the Georgia Perinatal Quality Collaborative. She has also received several awards, including ACOG’s Women’s Health Policy Research Award, ACOG’s Rising Star in Advocacy Award, and Emory’s Dr. Luella Klein Award (for leadership in seeking to benefit women’s health).

Dr. Zertuche provides a full range of services related to obstetrics and gynecology and has a special interest in high-risk pregnancies, minimally-invasive gynecologic surgery, abnormal uterine bleeding (irregular/heavy menstrual cycles), infertility, and contraceptive management. She values patient education and shared decision-making, and her goal is for each woman she sees to understand her health/healthcare and to be empowered in the selection of a management plan. Dr. Zertuche also teaches in the community by contributing to a respected pregnancy advice book and by serving as an expert consultant for a popular pregnancy/motherhood website.

Dr. Zertuche lives in Atlanta with her husband, two charismatic boys, and dog, and she enjoys playing soccer, running, reading, and cheering on the Atlanta United FC. 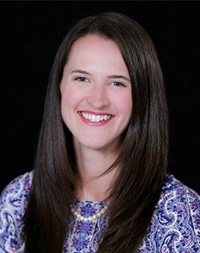 Dr. Szabo returned to Atlanta to complete her residency training in obstetrics and gynecology at Emory University. She received the resident award for Excellence in Obstetrics as well as the Silver Apple Award for medical student teaching.

Dr. Szabo offers a comprehensive range of services from prenatal care to annual well-woman exams and management of various gynecological issues. She is an avid dog-lover and a bookworm. She enjoys volunteering, staying active, and trying new recipes in the kitchen. 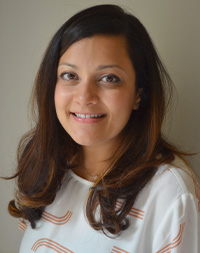 Dr. Nidhi De, an Atlanta native, received her bachelor’s degree in Industrial Engineering at Georgia Institute of Technology and her medical doctorate from Emory University School of Medicine. She completed her residency training in Obstetrics and Gynecology at Parkland Hospital/University of Texas-Southwestern in Dallas. While in residency, she was awarded the Resident Achievement Award from the Society of Laparoscopic Surgeons.

After completing residency, her interest in minimally invasive surgery (MIS) led her to complete a Gynecology/Advanced Pelvic & Robotic Surgery fellowship at Medical Center-Dallas. During this fellowship, she furthered her MIS skills in over 400 robotic surgeries ranging from complex gynecologic oncologic to uro-gynecologic surgeries.

She began her career in Dallas caring for high-risk patients as a solo ob/gyn practitioner in a multi-specialty group. She then joined the Vanderbilt Ob/Gyn Department at Vanderbilt Franklin Women’s Center while her husband finished his pediatric urology fellowship. Dr. De is board certified and a fellow of the American Congress of Obstetricians and Gynecologists.

Dr. De provides a full range of services related to obstetrics and gynecology with a special interest in endometriosis, abnormal uterine bleeding/fibroids, infertility and minimally invasive/robotic surgery. Dr. De and her husband are parents of two sweet little boys. You will see their family re-exploring Atlanta hanging out at parks, music festivals, Atlanta United games and checking out the fantastic dining scene. She also enjoys crafting, board games, traveling and cooking.

Courtney and her husband are active with running and cycling. They spend their free time with family, friends, and their two dogs. 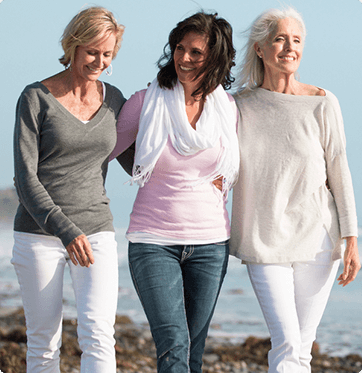 Get detailed information about OB/GYN conditions and treatments in our patient education library.

At Atlanta Women’s Healthcare in Atlanta, GA, our experienced OB/GYNs are dedicated to caring for women at all stages of life, offering comprehensive women’s healthcare services including Gynecology, Obstetrics, Surgical Procedures, childbirth and breastfeeding classes, diagnostic imaging, and on-site services such as 3D ultrasounds.